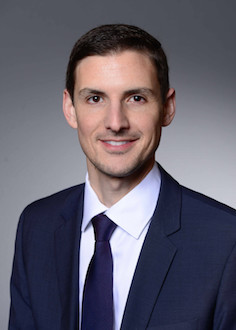 Brandon K. Davis is an Attorney at The Davis Law Group, P.C. with offices in Chicago and Northfield.

Mr. Davis graduated from Chicago-Kent College of Law (J.D. 2009) where he served as Chief Executive Officer of the Corporate Law Society. During law school, he worked as a law clerk in the legal department of a major travel website.

Mr. Davis has an extensive knowledge of Secretary of State driver's license law, rules, and procedures. He regularly represents those facing the suspension, revocation or cancellation of their driving privileges. He has lectured on the topic of driver's license law for organizations including Illinois Legal Aid Online and the Legal Assistance Foundation.

Mr. Davis regularly assists those seeking the expungement or sealing of their criminal records. He has participated in multiple expungement training summits and assisted individuals in removing both misdemeanor and felony offenses from their criminal history.

Mr. Davis was born and raised in the Chicagoland area. His practice primarily extends to courthouses throughout Cook County, Lake County and DuPage County.

If you seek effective and knowledgeable representation, we look forward to hearing from you. Explore our website and contact us to learn more.

Contact Us
Practice Areas
Client Reviews
★★★★★
I wanted to let you know that I finally got my license back today. I want to thank you guys from the bottom of my heart. You did an amazing job and helped another person turn their life around. I will forever be indebted. Rest assured that I will refer anybody that I hear is in trouble to you guys. Thank you again. All the best. M.M.
★★★★★
I want to extend my sincere gratitude for the success in getting my charges reduced. It has been a rather traumatic experience for me. Though I try to keep an optimistic outlook, it didn't seem possible. But you guys pulled it off and I couldn't be more grateful. This has been a great weight lifted off my shoulders. D.F.
★★★★★
I would like to take this time to thank you for a job well done. I received my full reinstatement documents today for full driving privileges. This took me by surprise. I did not expect to see the results this fast. I just want to say that I am blessed to have a very good lawyer like yourself to guide me through the process... I am very grateful. You're the best. Thanks again. G.B.
★★★★★
My special thanks for your help, guidance, and support during a most difficult time. You came recommended as "the best" and you lived up to your reputation! I wish you a lovely holiday season and a new year of challenges overcome, new joys experienced, and much fulfillment realized. All good thoughts your way. S.S.
★★★★★
I am very grateful for your work and representation. Although it is difficult for me to truly express my gratitude through e-mail, I hope you can still understand how thankful I am that we were able to dismiss my case on the first court date. I am very pleased with the outcome. Again, thank you very much for your time. Please enjoy the rest of your week. D.K.
View More
Submit a Law Firm Client Review