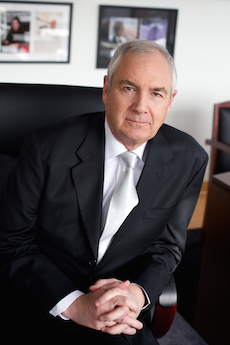 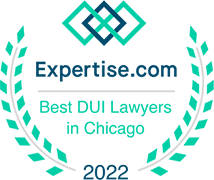 He is currently a principal of The Davis Law Group, P.C. located in Northfield, Illinois. Mr. Davis was previously an attorney and hearing officer with the Secretary of State between 1976 and 1981.

His practice is now concentrated in the area of DUI and administrative hearings before the Illinois Secretary of State. He was a co-drafter of the Illinois Summary Suspension Law and has represented the Illinois State Bar Association in legislative negotiations for the last 20 years.

Mr. Davis is a current chapter author of the IICLE's handbook on Defense of DUI and is also the author of eight articles in the Illinois Bar Journal, Application of the Illinois Summary Suspension Law (May, 1988), Constitutional Implications and Developments in the Illinois Summary Suspension Law (January, 1991), Representing Revoked or Suspended Drivers Before the Secretary of State (November, 1996), New DUI, Traffic Laws Stiffer Penalties (December, 2001), Representing DUI Revoked or Suspended Drivers Before the Secretary of State (June, 2002), Demystifying Illinois DUI Sentencing (July, 2009), The Monitored Device Driving Permit: What Practitioners Need to Know (October, 2011), and The Medical Cannabis Act and Illinois DUI Law (March, 2014). He was co-editor of the Traffic Laws & Courts Newsletter, a publication of the ISBA, for which he has also authored numerous articles.

He is past chair of the Traffic Laws & Courts Section Council, Illinois State Bar Association and past chair of the Traffic Laws Committee of the Chicago Bar Association. He has also been a member of the 2000 Traffic Safety Advisory Committee to Secretary of State Jesse White and a member of an advisory committee to the National Highway Traffic Safety Administration.

If you seek effective and knowledgeable representation for DUI, criminal charges, driver's license reinstatement, or a traffic matter, we look forward to hearing from you. Explore our web site and contact us online to learn more.