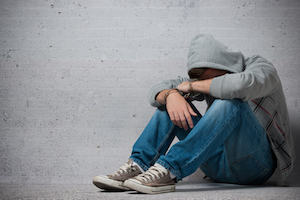 Illinois defendants under the age of 17, who commit a misdemeanor or felony crime, are generally charged as juvenile defendants in the juvenile justice system. However, depending on the seriousness of the crime or a juvenile’s criminal background, a juvenile over the age of 15 can be charged as an adult for crimes such as murder, rape, possession of certain drugs, intent to distribute or manufacture certain drugs, certain gun crimes, or crimes that are committed on or near school grounds. The criminal defense attorneys at The Davis Law Group, P.C. can provide your child with the representation they need.

Remember, it is important to contact a defense attorney immediately if your child is accused of a crime. When handling a juvenile case, your child’s attorney should focus on the potential educational and employment consequences for your child. Keeping a clean record and reducing the likelihood of future offenses are a top priority. Below is an overview of juvenile law in Illinois.

The U.S. Constitution and the Illinois Constitution afford juvenile defendants the same protections and freedoms as adults. As such, a juvenile has a right to be free from any unreasonable search and seizure, and possesses the right against self-incrimination.

The 5th amendment is especially important if a juvenile is arrested or detained for questioning because a juvenile has the absolute right to refuse to any questioning and to have an attorney or their legal guardian(s) present during police questioning.

If a juvenile is arrested or detained, police MUST make a reasonable attempt to contact a parent or a legal guardian. This rule applies even if a juvenile is merely being questioned as a witness to a crime. In this situation, a juvenile may not be free to leave the presence of the police, however, they have the absolute right to have an attorney or guardian with them.

As a parent or guardian, you have rights as well. If your child has been arrested or detained, you have 3 important rights:

If your child is arrested or detained, it is important not to panic or react in anger. Remain calm, go to the police station where your child is being held and respectfully demand to be present with your child during questioning. If possible, contact an attorney as soon as you can. If you cannot afford an attorney, your child has the right to have a Public Defender appointed to his/her case. Remember, a parent or guardian may request to see their child at any time when the child is in police custody.

Arrest of a Juvenile

A station adjustment is an alternative to formally charging a juvenile with a crime, and a method that allows the juvenile to avoid prosecution. The police will ultimately release the juvenile to a parent or guardian, under certain conditions. For instance, the police may place curfew restrictions, prohibit the youth from socializing or associating with gang members, require alcohol or drug counseling if the arrest was drug or alcohol related, or mandate some public service. The length of these conditions cannot last more than 120 days. The term can be extended past 120 days if the juvenile commits another offense, but the term cannot extend past 180 days.

If the state’s attorney decides to proceed informally, it means that the state has decided not to file formal charges and the case will ultimately be dismissed if the juvenile complies with certain conditions, similar to the conditions of the station adjustment.

Prior to the trial, the juvenile defendant has the right to plead guilty or not guilty. A defense attorney might enter into negotiations with the Assistant State’s Attorney prosecuting the case. This is usually done if the defense attorney believes that the evidence against the juvenile defendant is strong and there is a likelihood that the juvenile will be found guilty at trial. In this situation, the defense attorney will want to have some control over the sentence, instead of placing the sentencing decision solely in the hands of the judge. However, any negotiated plea agreement will be subject to the judge’s approval.

At the hearing/trial, a judge will preside over the evidence, the prosecutor will try to prove the allegations against the juvenile defendant, and the defense attorney will have an opportunity to provide a defense. Like a trial in an adult courtroom, the State has the burden of proving the juvenile guilty of the crime “beyond a reasonable doubt.” This means that, if the judge has any doubt that the defendant committed the crime, the juvenile will be found not guilty. If your child is found guilty of the charged crime, your child will be deemed “adjudicated delinquent.” This is another term for “found guilty.”

After an adjudication hearing, or a negotiated plea of guilty, the case proceeds to a sentencing hearing. Prior to the sentencing hearing, the judge may order a pre-sentence investigation. This report examines a juvenile's background and assists the judge in determining an appropriate sentence. Information contained in the report addresses family background, mental and physical health assessments, social habits, and a criminal history.

When the judge is prepared to deliver a sentence, depending on the crime, the judge can sentence the child to:

Probation: If the juvenile is placed on probation, he/she will be free from custody, but must comply with all conditions of the probation. Probation typically lasts between 12 and 24 months, and is considered a conviction. Some common conditions are community service, mental health or substance abuse treatment, random drug tests, restitution for property damage, curfew hours, orders to stay away from gang members, etc. Along with these conditions, the juvenile will be required to report to and maintain contact with a probation officer.

Conditional Discharge: Conditional discharge is similar to probation, but allows the defendant to comply with the conditions of the sentence without reporting to a probation officer.

Juvenile Detention and Juvenile Prisons: For more serious crimes or for juveniles that are habitual repeat offenders, the judge may sentence the juvenile to confinement. Detention centers are usually located in the county where the juvenile resides. The judge can order that the juvenile be confined to the detention center for up to 30 days.

Juvenile prisons, or Illinois Youth Centers, as they are known, are for more long-term custody. There are 8 centers located throughout Illinois and are comprised of minimum, medium or maximum security. The length of the prison term set by the judge varies on the nature of the crime and the criminal history of the juvenile.

Once a child is sentenced, the sentence and crime become part of the child’s juvenile record. Even if the juvenile was found not guilty or the State’s Attorney dismissed the charges, the arrest will still be on the juvenile’s record. For most juvenile crimes, the juvenile or their attorney can eventually expunge the crime or arrest from their record. If the crime was a felony or a Class A misdemeanor, the juvenile can expunge the crime (1) once he or she is 21 years old, or (2) if 5 years have passed since the term of probation or parole has ended, and no adult crimes have been committed.

The attorneys of The Davis Law Group, P.C. are also experienced in the juvenile expungement process. For more information on expungements or to see if your juvenile record qualifies for an expungement, please contact us.