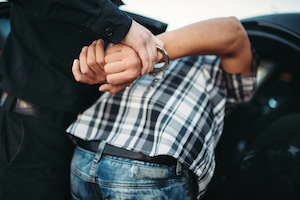 The defense attorneys at The Davis Law Group, P.C. represent clients charged with burglary throughout the Chicago area. Burglary is a serious offense and one of the most common felonies committed in Illinois.

Burglary occurs when a person knowingly and without authority enters or remains within a building, housetrailer, watercraft, aircraft, motor vehicle, railroad car with intent to commit a felony or theft. Burglary is commonly charged as a Class 2 felony. If committed in a school or place of worship, it is charged as a Class 1 felony.

Burglary in Illinois - What is the Law?

Residential burglary cases are the most common type of burglaries in Illinois. If you are charged with committing the crime of burglary, it is important that you contact an experienced criminal defense lawyer right away. A conviction for residential burglary, even a first offense, will make you ineligible for probation. An attorney experienced in handling burglary cases may be able to challenge the charge or at least negotiate a reduction to allow for a sentence of probation.

A conviction for burglary in Illinois can carry serious and potentially life-altering consequences. If you have been charged with burglary or residential burglary, please do not hesitate to contact the criminal defense lawyers at The Davis Law Group, P.C. to discuss your case.