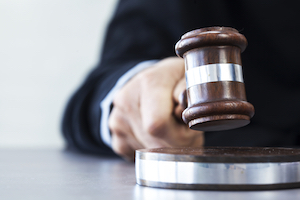 Violations of Sentence/Petitions to Revoke

Whenever there is a finding of guilt after a trial, or a negotiated plea is reached by your attorney and the prosecutor, the Court imposes a sentence. That sentence is normally outlined within a written sentencing order that sets forth all of the conditions that must be met prior to the termination of the sentence. For misdemeanors, the sentence is typically Court Supervision, Conditional Discharge, or Misdemeanor Probation. For felony offenses, Probation is the only available sentence for those offenders who are not sentenced to an Illinois State Penitentiary. Conditions of sentence can include a variety of requirements, such as community service, SWAP, classes, treatment, payment of fines and drug testing.

If a defendant has not satisfied the sentencing conditions outlined in the written sentencing order, has been arrested while still on a sentence imposed by the Court, or has failed to pay the required fines, fees, and costs, it is extremely likely that the prosecutor will ask the Court for permission to file a Violation against you.

Some counties refer to these filings as Petitions to Revoke, others refer to them as Violations. In whichever form this allegation is filed, it is a very serious claim that requires immediate legal assistance. Occasionally, for minor sentencing violations such as missing a reporting appointment, or failing to make payment to the clerk of court on time, either a sentence extension or an additional sentencing condition can be achieved without disturbing the original sentence. However, in other circumstances, where severe disregard for court requirements exists or the defendant is arrested again for another misdemeanor or felony offense, the punishment can be much greater.

If the prosecutor proves the allegations of violation against you, and a finding of violation is made by the Court, you face re-sentencing. An original disposition of Court Supervision can be replaced with a conviction (i.e. Conditional Discharge or Probation). Please be aware, this can mean the difference between having a public criminal record and avoiding a permanent criminal record. In more severe cases of violation, the court can impose county jail time (for misdemeanor offenses), or an Illinois State Penitentiary sentence (for felony offenses).

For those who have been sentenced to Court Supervision for a DUI, these allegations are especially serious not only for the reasons stated above, but also because you are at a substantial risk of having your Illinois driver's license revoked. If the Court re-sentences the accused on a DUI, and the sentence either terminates unsatisfactorily or is converted into Conditional Discharge or Probation, a report of that conviction will be reported to the Illinois Secretary of State and a license revocation will be entered on your record.

It is vital that you contact an experienced and professional criminal defense attorney if faced with a Violation of Sentence or Petition to Revoke. Severe and permanent damage to your record may result if the allegations are not addressed properly. The criminal defense attorneys at The Davis Law Group, P.C. can be of assistance to those facing these allegations throughout Illinois including Cook County, Lake County and DuPage County. Contact our defense attorneys today to find the representation you deserve.